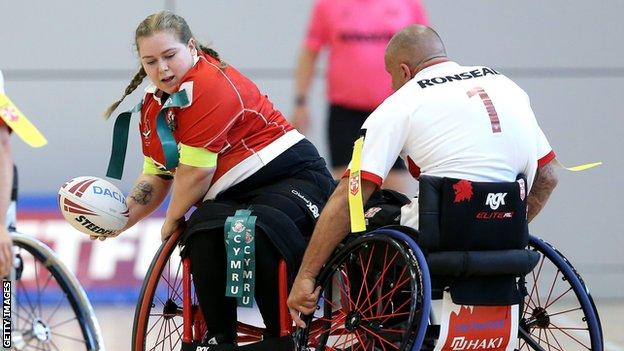 Jodie Boyd-Ward will be competing at her third World Cup

The Wheelchair Rugby League World Cup gets under way on Thursday with eight teams chasing glory.

It is the first time the wheelchair game will be part of the main tournament, although there have been three previous World Cups, with France winning the last two.

Played by teams of five, the game has similar rules and scoring to the running game, but you tackle an opponent by removing a tag from their shoulder. That must then be replaced for the next play-the-ball.

It is one of the most inclusive sports, with disabled and non-disabled athletes and male and female players playing together on the same team and you can expect a mix of crunching tackles, skill and speed on show.

BBC Sport looks at some of the players who will be hoping to impress on the big stage.

One of two women in the Welsh squad, along with Lucie Roberts, Boyd-Ward already has a wealth of experience in the game.

She represented Ireland at the 2013 World Cup and then played for England at the 2017 event but opted to change nationality again, making the decision to compete for Wales, thanks to her Welsh grandfather.

The Leeds Rhinos player, 30, won the 2018 Super League and 2019 Challenge Cup and also helped them to a league and cup double in 2021 and lift this year's Challenge Cup. At the World Cup, though, she will face club team-mates Tom Halliwell, Nathan Collins and James Simpson who will be playing for England.

With reduced mobility, Boyd-Ward only has to touch the ball on her wheel to score a try once she gets over the line and, as well as raising the profile of the game, she and Roberts hope to get more women playing. 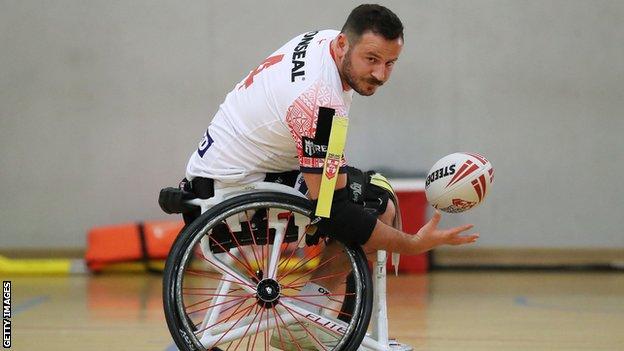 Despite his French-sounding name, the multi-skilled Bechara - who was born in Nottingham but moved to France aged 10 with his family - is a key part of the England set-up.

Bechara grew up playing rugby union and admits he knew nothing about rugby league, but had a motorbike accident in 2012, resulting in his right leg being amputated below the knee.

He watched the London Paralympics while recovering in hospital and that sparked a sporting interest. A meeting with French captain Cyril Torres during his rehab saw him start on the rugby league pathway with the Catalans Dragons and he has progressed fast.

Part of the England team that lost the 2017 final against France, he is proud to play for the country of his birth and is on a revenge mission.

As well as his sporting prowess, Bechara is a talented trumpet player and plays professionally with a number of orchestras and bands in France.

Brown has been one of the stars of the game since he made his debut in 2005 when the sport was in its infancy.

One of two members of the England squad, along with Adam Rigby, to have won a World Cup - back in 2008 - he comes into the tournament as the player with the most appearances (14), tries (37) and points (150) - and has also captained his country.

Brown took up the game as a way of playing sport alongside younger brother Harry who lost both legs to meningitis as a baby, but has gone on to star at wheelchair basketball, winning two Paralympic bronze medals, plus European and world gold.

Jack focused on wheelchair rugby league and has forged a successful career both as a player and coach, moving to Australia and guiding Queensland to victory over New South Wales in this year's Wheelchair Rugby League State of Origin series.

In 2020 he was named the first winner of the International Rugby League's Golden Boot for the sport.

His base means he has not been part of the England set-up for a couple of years but his influence and experience will be important in this tournament. 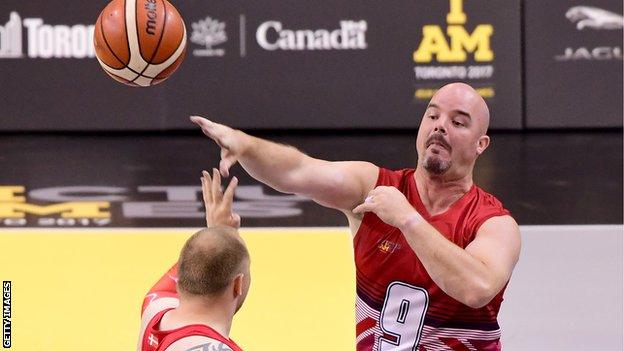 The Scotland centre is appearing at his second Wheelchair Rugby League World Cup, but has also got experience of another large-scale sporting event.

Mellon was a senior aircraftman in the Royal Air Force but broke his leg playing rugby in 2001. Complications set in and he was medically discharged in 2005, before having his leg amputated in 2013.

Mellon featured in the 2017 Invictus Games in Toronto, taking part in athletics, sitting volleyball and wheelchair basketball where he was the only Scot on the Great Britain team. He also took part in the 2018 Games in Sydney, claiming silver and bronze medals from both editions of the tournament.

The Dundee Dragons player has also been a mainstay of the Scotland wheelchair rugby league team for many years with the team currently ranked fifth in the world.

Cannane and son Corey will be creating history at the competition as the first father and son to represent Australia on the same team.

Craig was left paralysed after a motorbike accident when he was 19, but a friend took him to watch wheelchair rugby league in 2011 and it changed his life.

Two years later, after watching his dad win the 2013 Grand Final, Corey took up the game and the pair now line up together for the St George Illawarra Dragons, the New South Wales representative team and their country.

Five years ago, it was bittersweet as Craig was selected on the Wheelaroos team, but Corey narrowly missed out.

But that disappointment brought them even closer and, since then, they have worked hard to ensure they both earned selection for this World Cup. 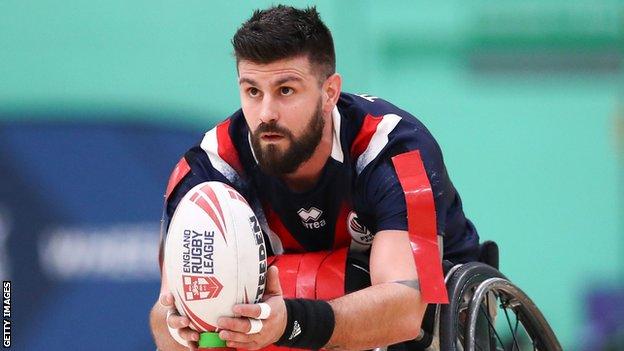 If France are to win a third World Cup in a row, then they will need Clausells to be on top form.

He was the match-winner at the last World Cup, breaking English hearts with a late try which helped secure victory on home soil.

The Catalans Dragons star, who is a non-disabled player, first took part in rugby union, but switched sports after watching his uncle Gilles - also part of the French squad - in action.

Clausells' skill and speed around the court make him a dangerous opponent and he was named on the long list for the 2021 International Golden Boot award, with the leading players from this year to be added for consideration.

Both he and Gilles were absent as England defeated the French in the mid-season international in June - a result which has given both sides plenty to think about before a potential final meeting on 18 November.